They are my people.  Please, let me talk to them.
They speak in tongues in the cafeteria of life on the Outside.
They eat the bland food fed to them to keep their nerves at bay
At dawn when they are rattled to rise and face

The cuff tightening thick around their bicep.  Halfway dozing,
They crack their mouths for the thermometer.
Yes.  They have had a bowel movement the day before.
Breakfast at nine.  They stare at the TV or knit scarves in the rec. room,

Make small talk with slurry tongues and dry mouths about discharge dates.
The orderly rolls out the chosen, charted for a round of shock.
One receives baskets of letters each day.
The rest of my people seldom see a soul, except on Sunday

Big visitor’s day.  Then my people’s own people
Emerge with nervous, porcelain smiles, shamefaced, needing a cigarette
Or an excuse to step out and walk around the grounds
Around the picnic table, smoke, and hope it’s not in the blood.

Driving Through the Grove

Let me give you an example: my reputation
Was as a van—almost new, low mileage.  And I woke up
One afternoon to find some nice people spray-painted
Tags all over it, keyed the sliding door, and drove a nail
Through a rear tire.  Now I am considering getting out
Of this state of mind in which I find myself.

I don’t mean I want to buy some well-to-do place,
And I don’t want to bad mouth anyone—
Not even the nice people who made caca of my good name.
I’m talking assisted living.  Ever since the separation,
I’ve secretly wanted someone to help—
Someone to help make things easier on me.

It’s hard enough living without a drink.
Harder still to see my son only twice a week.
I want to return to the part of the museum that had
Soutine’s swaying streets and Picasso’s cubist femmes.
I walk through the rooms in my basement apartment
And think in all the mess, there must be a floor here somewhere.

Greeting of the Players

If we can jolly well hold
Off the crossed staves of the groundlings,
Collect the pieces tossed from the boxes,
And take it all in stride, then the hoax
We live and strive for will soon follow.

Who would think to collect us
In a folio when we’re in it just for kicks.
The health of the sick and gouty rich
Is put out for a spell.  We assert the noble
Cause of the value in sheer diversion.

And jotting by jot we proof
The text talking to itself again,
Letting loose balloons that rise and float
Into other counties.  We tie cards to them
And sometime, postmarked, they return.

[Mebane Robertson is a writer and musician based in Brooklyn. Read more about his work, and check out his Signal from Draco: New & Selected Poems here.] 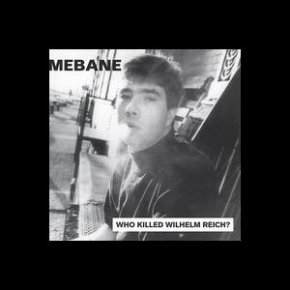 This entry was posted on June 11, 2013 by frankmattermag in poetry and tagged poetry.