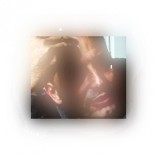 Immigration: the quintessential problem of the century, it seems. Some analysts call immigrants “invaders,” even weapons of war; as does, for instance, K. M. Greenhill, professor at Harvard Kennedy School of Government, former assistant to John Kerry and consultant at the Pentagon, in her “Strategic Engineered Migration as a Weapon of War.”  If not for the fact that is tragic, given the horrific predicaments these people must go through during their journey of hope, we could picture them as tiny, multicolored bombs ready to detonate in our faces as soon as they touch ground. Like in a sci-fi-story, where some ingenious sociopath  has invented explosive confetti to wreak havoc at a Mardi Gras party. Because we, the rich West, are indeed the Mardi Gras the migrants want to enjoy, too.

Disgracefully, some of the children of previous immigrants are, indeed, blowing themselves up so that we cannot enjoy the party, any party, any day, never again. The resulting fear leads us to tarnish everyone with the same brush, covering up the colors which, never intending to explode, could have added a new hue to our world. I’m not claiming that unchecked migration is not a problem. Neither am I saying that Islamist terrorism does not exist. Both are serious issues we must face and solve. Fear, however, is not the best adviser, in such matters. As Zygmut Bauman said, fear is a demon, one which is ready to erase what is human and humane in men.

We promise walls and fences, enforce deportations, and devise travel bans, which are in turn banned; but they, the migrants, keep on coming. Perhaps there can be no wall or fence or ban against hope.

Italy is particularly affected by the problem. People arrive every day by the hundreds – thousands, some days – crammed into boats which can barely stay afloat. Most of them are saved, many die at sea. And then what? They are “hosted” in various facilities, crammed again in spaces which could contain a maximum of 500 people, but they number 1000, 1500. Some will be granted asylum, some will maybe find a job, some will be handed an expulsion order and repatriated — very few of them, because most of the migrants will stay, illegally. And while hope fades away, they will probably become an additional tile in the already multifaceted indigenous underworld of petty crime.

No, I don’t know what should be done. But something must be done.

There’s a village, in Sicily – where most immigrants land as they reach Europe. Its name is Mazara del Vallo. It’s a tiny village of fishermen, rich in Italian art and with the urban design typical of Arab medinas: the Kasbah. Muslim immigrants, Arabs and Berbers, arrived in Mazara in 827, making it the most important juridical center of Sicily, as well as a commercial, artistic and literary one. Over the centuries, immigrants from Tunisia continued to arrive in the village, making it their home and peacefully cohabiting with the locals. Mazara is today an example of cultural métissage and successful integration. So, you see, it can be done.

Anna Maria Cossiga was born in Sassari, Sardinia, and moved to Rome when she was 7. She has lived in NYC and London and currently teaches cultural anthropology in Rome.

This entry was posted on July 2, 2017 by frankmattermag in italian.